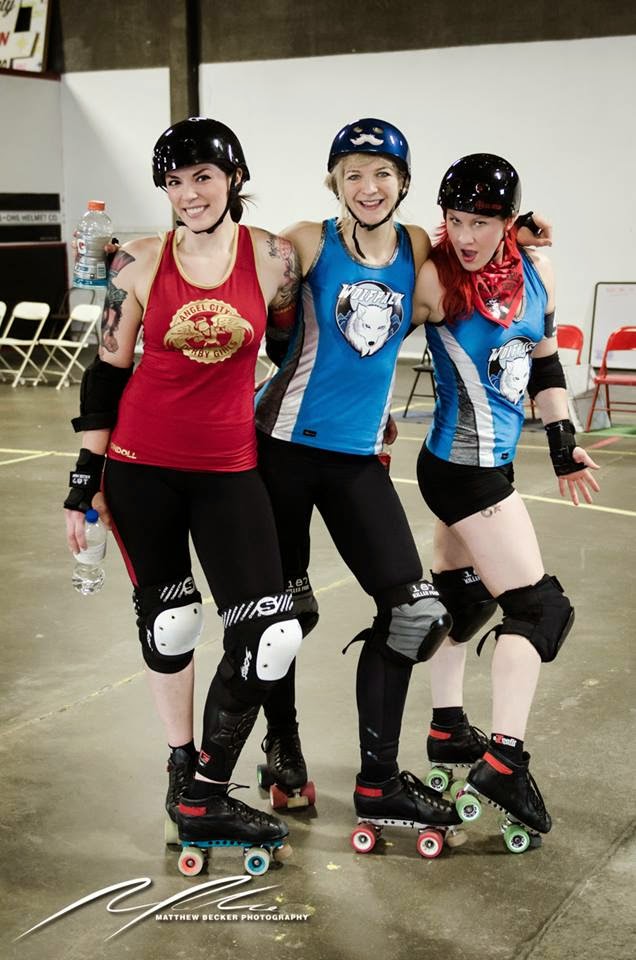 2014 was not the greatest of years, I did get lots done, I met some amazing people and I played a lot of rollerderby and almost burnt out trying to juggle work, personal life and rollerderby. 2014 started off with a BANG every weekend was travels and every weekday was practice or rollerderby related meetings over the phone or in real life.

January
Year kicked off with WinterGames bootcamp, that I coached togeher with Eagle. It was supersuccessful, and it felt liek all the hard work leading up to WinterGames was worth it. I also went to LA and played with Team Wolfpack both on the banked and the flattrack. I got to catch up with some old friends in LA and also met some new faces, like Violet, who now is my roomate.

February
Started with EROC in Berlin where I got to see many of my amazing friends from allover the world (mostly Europe) and worked hard on continously evolve rollerderby as a sport and organizational. It truly have been amazing to be able to witness the developmant of EROC. We also went to Dresden and coached togetehr with Fisti Cuffs.. .and we had a great time. I ended the month with a Team Sweden training camp.
I also got to attend my first QX GayGala presentign Film of the Year and me, Loony and Oona where also skating in the opening show.


March
The month started with going to Helsinki to play Team Finland with Team Sweden. We lost but had a great time and developed as a team. On the following day we scrimamged Helsinki and then went to a typical Finnish sauna, that means NAKED. I was staying with Only and Pygmi as usual, I love that I have those two in my life. They also have a sauna in their apartment where we spent tiem and drink alcoholfree beer.  I was interviewed in QX together with the other girls from Flator, and we almost made the cover. And the month was ended by playing Crime City with Stockholm Rollerderby, a bout we won and another Team Sweden bootcamp the next day. 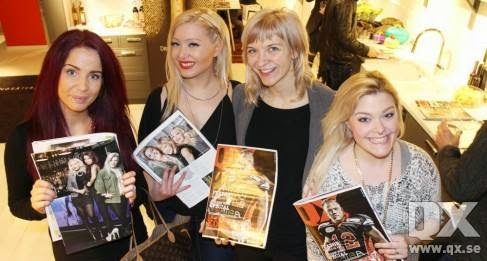 April
Was the premiere of Flator, I went to Malmö and attended a Swedish Skating Association planning weekend and Stockholm Rollerderby played Rocky Mountain (Denver). It was the last game before we headed to Florida. Work was busy... I also went to Munchen and coached, and it was superduper fun, and I got to hang out with my former team-mate Ima Handful. It was an odd time, I wasn't really sure how I felt about being on TV, I don't think I really had given this enought thought (anyone suprised?).

May
I went with Stockholm Rollerderby to Beach Brawl and impressed and suprised everyone by playing way above our ranking. After that I went to Portland and visited Eagle, went camping and got to practice with Rose a whole bunch, we had a very emotional talk where decided to put our relationship on hold until RollerCon.
On the way home I touched down in NYC and seed of moving to NYC was planted. Back in Europe I went for work in Tallinn and then straight to London to play two bouts with Team Sweden. I was mentally exhausted and even if I played well, I mostly wanted to cry. I didn't really feel I was performing well in any field of my life.

I guess in my case I'd say Merry Christmas since I come from a Swedish Lutheran tradition, secular but we have a bearded white man give us gifts on the 24th of December. In Sweden we like to be one step ahead so we do the gifts and celebration a day before most others.
In my family the adults dont give each other gifts, and for some reason they (whoever THEY are) decided Im an adult and don't get anything. We DO play a game of Christmas gifts, where you acctually compete for your gifts. Yeah, so this year I participated in two games and all I won was dried mushrooms and a hammer. I can't complain, I'll make a delisous chanterelle soup and make sure to hammer something up or down.
My best friend Em who usually lives in Paris just came into town for a few days. It's real awesome! NowI just wish my NYC family could be here too... Most of all of course Carnage. 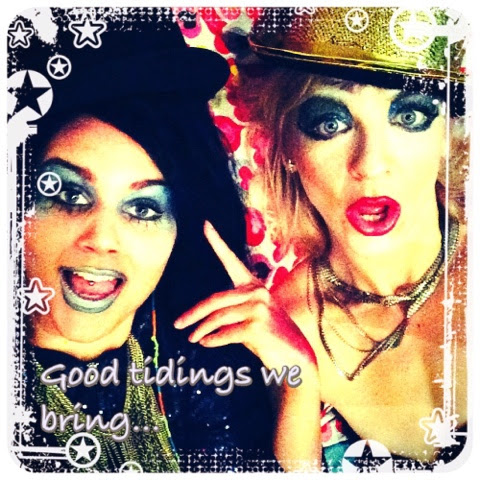 running start by Swede Hurt at 11:11 AM No comments:

When they say expect the unexpected, this was not what I think theymeant, or maybe it was.

For some reason I have A Camps song "Love is stronger than Jesus" echoing in the back of my head right now. IF you havent heard it i strongly recommend it... Well, this post is not really about rollerderby, because sometimes life and love happens.

They say that love will strike unexpected, and that you never know with who or when. About eight years ago I told my mom that I probably never would bring home a boy again, and then I came out to all my friends. Maybe, just maybe I came out to my friends first and then I told my mother who of course told my father, because that's how it works in my family, there are no secrets. That's probably why my brother never have brought home a girlfriend. He's probably the smarter one of us.

Me on the other hand brought home a few girlfriends, my family never cared who I dated as long as they treated me well and I was happy. They always treated my partner as my partner, like a person that I was involved in, some they liked more than others.
I've been really out and proud, i was even on a TV-show called Flator (aka Lesbians).

Being gay in the rollerderby community probably is one of the most comfortable experiences. My sexuality and love was never questioned and I never really questioned it myself, it just was never an issue. I love the friendships I've gained through Vagine Regime, and I truly believe that you fall in love, you fall in love and you look past gender just the way you look past so many other things when you fall in love, but that's me, that is who I am. I just didn't think it really applied to me, looking past genders I mean.

But it all began when me and Kenbo decided to play reallife Tinder, a joke of course since tinder terrifies me, and hitting on on people at the bar is even worse... But we gave it a good (unsuccessful) go, maybe because we were too sober, maybe because it was Sunday, maybe because it was a terrible but hillerious thought that never should be put into action.

So I found myself walking home with Violet who I live with and this dude. I didn't really know him that well, I knew he was a friend of my friends, played for NYSE and I thought he was attractive, for a few reasons. He was kindly escorting us home since we live in such a lovely neighbourhood, and probably also because we are such delightful company. When we got home we (probably me) offered him homemade cheesecake, one of those things that happen to frequent our refrigerator. (Thanks to Vish) He looked so adorable and a little lost on our couch when we ran around the apartment and I sat down next to him. And we talked, and we talked, and we talked.... and later that night he leaned in and kissed me, and I kissed him back.

I didn't fall in love with him then, and maybe not the next day when he took me on a date and maybe not for a while, but my heart flutters when I hear his voice and I miss him when I'm not with him. I don't know where this is going, I don't know at all, and it confuses me and it makes me worry. I can't help it, and he just happen to be a he, and it's all so crazy weird to tell your mom "yeah, I'm seeing someone, it's a guy". It sort of is like coming out to the world again, and NO I'm not straight, I'm in love! (Well, you know what I mean)

I probably shouldn't put so much value on his gender, because I really don't care, he's got a beard and a penis, so what!? IF I don't care, why should anyone care?

Him is what I fell for, the way he takes my hand when we walk down the street, how he tries to make me understand rhythm, how he buys me icecream when I want it and how he always has iced coffee on his way to work, how I can block him, and how frustrated I get when he get past me. How he looks at me. And the way I feel when I'm with him, and it also brings me to the point where I miss him being half a world away.

He's in New York and I'm in Stockholm and it makes me feel lonely.