Being happy with life..

I am happy, my job is ok, school is challanging, my rollerderby is fine, my body getting there and I have found what I thought was lost, and that makes me even happier.

The future is what it is, and what I will make it into, I have thoughts about going to play-offs... I love watching rollerderby live, and it has been a while, and also seeing old friends is a great kick back to that.

running start by Swede Hurt at 3:47 PM No comments:

Email ThisBlogThis!Share to TwitterShare to FacebookShare to Pinterest
about life, love, rollerderby

Life change and so does skates!

So I am not kidding - I thought it would be horrible to break in new skates - and it wasn't I love tehm. Thanks to Bonnie and OMG at Five Stride (please add me to your cart) I have a pair of faboulous Brooklyn (the Murrillo 340)skates... I am still getting adjusted to not being on a nylon plate no more (yes I know, I am a creature of habit and should have changed ages ago) and the alumn does respond so much quicker... even if it's sort of a drag to really get the plowstopps the way I want... but I already nailed some hockey stops... and my feet are more jumpy than before... So I guess it's all for the best! 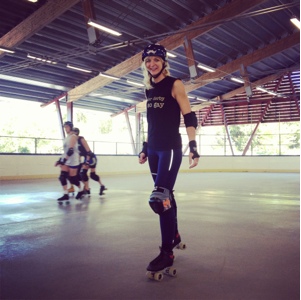 Change is good! I wanan kiss change! Often! And I have an urge, I have a small plan...

running start by Swede Hurt at 4:35 PM No comments:

Frustration - and I can only blame myself

Today I tried to run - and my leg just refused. It did not matter how I begged it - how I pushed it - it just would not go in the same page as the rest of my body!
It is FRUSTRATING - not that I like running at all - I really HATE running! I just hate to accept that I'm not the master if my own body! My leg has taken charge, and I have NOT been forcing it hard enough to get back on track!
Yes, this was an eyeopener - I am back skating and biking - but not up running - and that means I am not totally back!
So no more putting around - body you are in for a treat! Why did I let myself be lazy? Maybe because it's been GOtime for five years and it was nice to sit back and just tag along for a bit, but guess that's not me.
Putting together a rather tough work-out schedual for myself - because what else is there? Rollerderby, friends, work, working-out, food, travel and good books!
running start by Swede Hurt at 11:29 AM 1 comment:


I do not regret going to Shetations wedding, even if it meant that I only slept for 2 hours the night before a bout and had to take two flights to get there.  I had the greatest of times, and it was so amazing to be there.


They were both so beautiful and it made me tear up, and think about that we probably all have that someone out there, someone that will coem with you and hold your hand, that somone that will kiss your face when you sad and whisper comforting words in your ear, that someone that wants to be there for you, just because you are you....
The cermony was in German, so I caught about half of it, but I mean, what can I say, I assume it was quite standard, it still is so tender and I'm amazed how they look at each other so tender and  lovingly. Ahmmm... ahmmm... . It is a little entertaining that both their first names are Franziska...

The wedding party was also fantastic with great friends and german food, I love the Berlin girls - they had also prepared a sining performance - that Titty and Anna made sure I was a part of. And then I danced, chatted and since I was gonna bout the next day, I limited myself to only two glass of wine... The partygirl in me did want beer, but the jock in me said it was forbidden... so I had a ton of Alcohofree beer, that made me piss like a racehorse...

Berlin is a city that has a spot deep within my heart - I love the city - and if I had any reason whatsover I wuould move there. Well, ecept from the smoking, what's up with the smoking?

running start by Swede Hurt at 4:35 PM No comments:

I am sitting in my office - time has passed, I am on a way to a board meeting, my nose is hurting, I am wearing an office acceptable dress. Just a few days ago I was on a track with a noosebleed - the first I have ever had - something new you know!

I am hungry and forgot to go for lunch because I have work to do, to make up for all those days when I didn't have time for it, because I was playing derby.

My heart is always in the time of the derby - I love it - let's play it out.... I still can get better, I still can push myself - and what is life worth if you don't follow your heart?
running start by Swede Hurt at 3:01 PM No comments:

Coming back from an injury

II've never really been injured before - sure I did break my wrist while snowboarding - but that I just ignored and duct taped and the fracture wasn't discovered until two years later... Yeah, I like to tell that story - because it sort of explains how crazy an determined I am - and I guess I have a high pain threshold... First year skating I also separated my shoulder, but I just took a week off, and then I was back on skates and skating non-contact with my arm in a sling.
We also all know that I was an idiot and fell down a bar last year, putting a huge dent into my shin and spraining my ankle. That was also solved by a huge amount of tape - I had a bout a week later - and I had never missed a bout... And I wasn't about to do that either.
So sure - please - I'm an idiot, but the abuse my body gone trough becuse of my sports are probably way less than society has put it through, so I'm willing to cope...
BUT then it happened, May 2013 in Gent, I fell so bad during a bout that I couldn't get up - the pain was just the worst I ha ever been through and I was transported to the hospital in a fancy Belgian ambulance (they keep on sending me bills in Flammish now, probably should use google translate to sort them out). At the hospital they x-rayed me and did all that fancy stuff, just to figure out I was going to be fine. But before they sent me off they pumped me full of some really strong painkiller that made me puke and pass-out on the ER parking... Wohoooo!
And I could barley walk for the first two weeks, let alone skate... For the first time I just could not push through the pain and make my body do what I wanted it to! I was in serious pain, and the worst part was that my leg just would NOT cooperate! AND I had gotten scared of reliving the pain, of that first fall... Now three month after that injury - I'm back - I'm skating, I'm not scared and I'm having lots of fun! 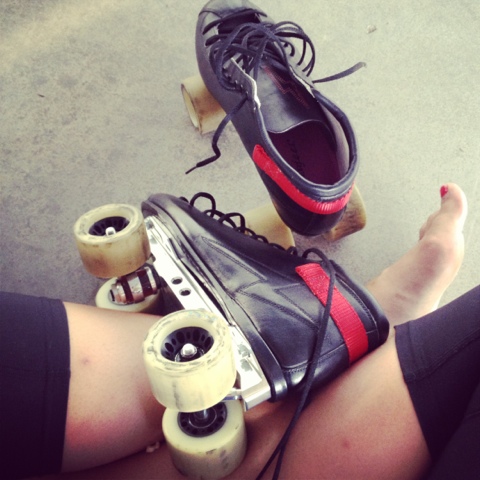 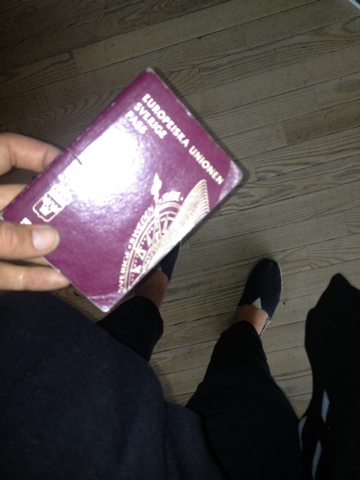 I'm going to Berlin for a wedding - from the wedding I'm flying to play two bouts in Scotland. To go to Germany I need no passport - but since UK has to be so special - I need to carry a passport... And BAM... I can't find my passport! And I'm 100% sure I had it two days ago - since the Americans are all pesky about that thing too...
I realized that I had probably left the passport at my office - since I went straight from rollerconomania to work... Yeah... So in the middle of the night I had to enjoy a 20 min bike ride to work to pick it up!
AND when I was there anyway (1 am) I figured I do some work... I'm finally packed - and walking to the flight bus in 40 min... Talk about feeling accomplished - and in need of sleep. I think I've been running on a maximum of 4 hours of sleep the past days. Jet lag and passport - you are not treating me like the Queen Swede Janica Saxelinknows I am... QS is hoping that Stefanie Bohnet will provide a soft and nice bed for her!
running start by Swede Hurt at 4:41 AM No comments:

Berlin for a wedding!

When I moved back to Europe I made two friends within the Berlin Bombshells - Heavy Rotation and Resident Shevil - I've stayed with them multiple times and been skating, swimming cooking, bouting against and trying hard to understand movies in German with them. (They are German, so hopefully they understood the movie better than me). I've always have had a really great time with them, except from when Shevil hip checked me into a wall after my Gent injury, because I touched Rotations boob (this sounds really bad, but it was innocent) - but except from those little bumps in our friendship - we have had it good.
Well, so the point of this blog is that I'm on my way to Berlin to attend their wedding, and I'm suuuper excited! Those two amazing people are tying the knot for reals - and I get to attend! How cool is that!? Very cool I'd say!
I am gonna wear a dress and I'm going to smile. Yep - another trip to Berlin - my favourite European city! 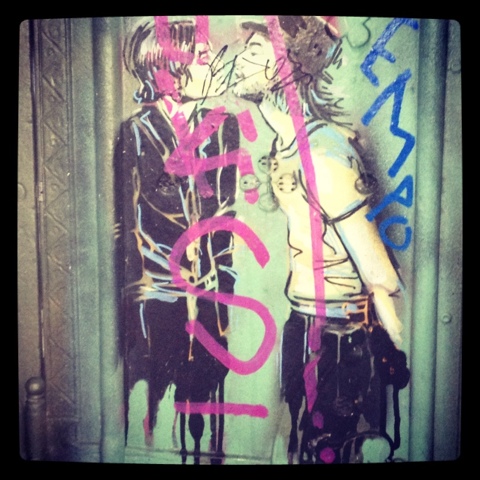