Freddie Thunders need a little help to get back on his feet.... 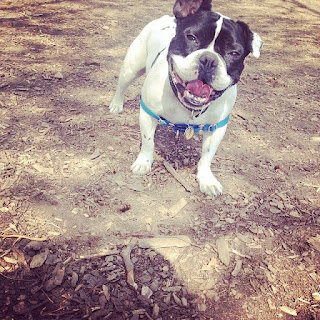 Freddie went into surgery yesterday and is recovering well, but OMG and Bonnie need a little help with his medical expenses.

Last summer the three of them took me in when I needed it the most, and they deserve all the love and support they can get. Freddie cuddled with me many nights, and farted on me... maybe the farting wasn't the best memories.

OMG and Bonnie have worked hard for creating the rollerderby we play today, international rollerderby would not look like it does if it wasn't for them. This is a place for us all to give back a little to two (three with Freddie) amazing people that have done more for us than we can all understand.

Just a few dollars will take them a long way... they seldom ask for things and they have given the rollerderby community so much.

running start by Swede Hurt at 1:34 PM No comments:

The third swedish Championships was played last weekend, in a town five hours north of Stockholm called Sundsvall. I got a ride up with one of my best friends from Stockholm Rollerderby, Becky Lawless. Seriously, the car was so hot that I think we all melted away, BUT luckily we are in Sweden where the sun doesn't set in the summer (well, not until about 10.30 or so) and we stopped by a lake and soaked ourselves. well, at least me and Tess got in it, while Quad and Becky  did some serious gas station shopping.


Since I nowdays play for Gotham and not Stockholm, I wasn't going to play, but I was going to ANNOUNCE, and I do really like announcing. I think that and coaching is what I wanna do when I no longer want to play rollerderby competativley. Well, nevermind... when we got to Sundsvall we put our sleepingbags out on the floor of the classroom. All volonteers and players were housed in a High School... delightful... I probably should have brought my blow-up queensized matress... because I was busy packing pretty outfits for the announcing.

I was scedualed to announce with Saliva, and our first bout was the semifinal between Stockholm and Gothenburg. Stockholm was the clear favorite in this one, and did not have much problems with pulling of a win. I was VERY impressed by a few of the Gothenburg skaters, this one girl whos name I never seemed to be able to get right, but she was #71 did a great job as a pivot/blocker, I would probably have jammed her more, since she was greatly sucessful everytime she got the starpass. damn those ladies in their lower twenties and all that talent. Well, me an Salivet were dressed nicley and we went with a flowery theme. It was really sunny, and I got a nice tan.


That was the only bout that we announced on Saturday, even if I for sure watched the other semifinal where Crime City effortless beat Dock City. In the night me and Salivet took a round to look if there was anything fun to do on a Saturday night, and we probably would just have been better off just staying and laying on that classroom floor.

Sunday was the day of the final, the battle of the GOLD, the game that was going to decide if Stockholm would become Swedish Champs for a third time or if it was Crime Citys turn. AND I was going to announce it, and for this I had brought my fanciest dress! Well, nw I'm getting ahead of myself, we started out with announcing the Elitserie Qualifications. Sweden has an internal play, and currently it is Elitserien as the higest six ranked teams play in and Division 1 that are the six lower teams. In the end of the season the number five in Elitserien play number two in Divison 1. So it was Luleå Rollerderby (5 in Elitserien) playing Norrköping (2 in Div 1) to vinna eller försvinna (to win or disapear). It was SUCH a great bout, I haven't seen Luleå play for years and I never seen Norrköping before, and I was really impressed by both teams! It was fun to anounce, even if I had a little trouble getting all the blockers right in the beginning. AND it was sooo close, WOW!

The bronze game with Gothenburg and Dock City was REALLY exciting, especally the first half, before Dock City showed that they still are the number three team in Sweden. but Gothenburg showed that they are a true contender. At times Swedish rollerderby makes me teareyed, I love this sport so much and I love how everyone playing are pouring so much time and soul into it. AMAZING!

THE THE FINAL... it was REALLY great to get to annonce the two Swedish teams I've been a part of. I know almost all the players from both teams and there is so much talent and brains on both teams. Both teams went to US this year, Crime City to Beach Brawl in Florida where they DESTROYED their opponents and Stockholm to ECDX where they beat both Charm and Detroit, teams ranked way above them. When the new rankings are coming out in a few days this will place both those teams in WFTDAs Division one, meaning that they are both going to head back to US, to playoffs. I am SO excited that little Sweden has TWO DIVISION ONE teams! Dreams do come true.

Well, well... After the first ten minutes Stockholm had taken a clear lead, both teams played really awesome, but Crime had one too many penalties. In the end Stockholm pulled away and took a clear win. Ahhh... amazing! I was supercold... brrrrrrrr...

Hm, I am trying to remember who got the MVP's and so on... I think I missed someone.... but this is what I remember...

running start by Swede Hurt at 12:30 PM No comments:

So far I gotten to see a big part of my family and coached Stockholm Rollerderby!

I've picked mushrooms, cuddeled with sheeps and tried to find my moms cat. Many things happening...  I am resting my body a little, last month I skated over 45 hours... My body likes just a tad bit of rest...

It has been good times!

running start by Swede Hurt at 3:01 AM No comments: