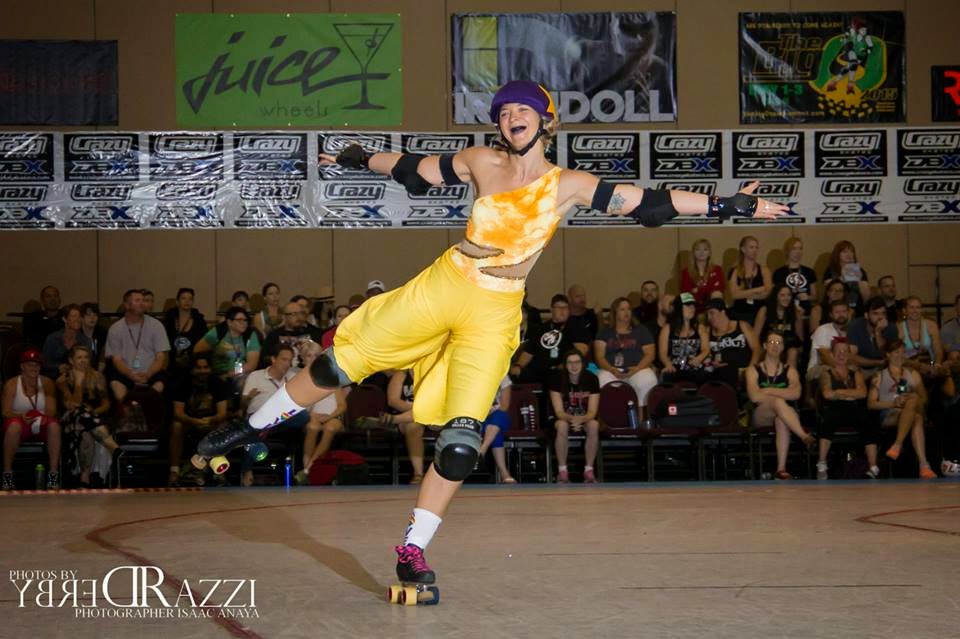 RollerCon is always fun, but you never really know what to expect more than it is going to be fun and that you get to play with and against of awesome and exciting people.

Last year sort of sucked, because I was injured and wanted to skate so bad that I did skate but performed really poorly and was in pain the entire time. I guess on the plusside last year was that I met Eagle, it was worth all the pain ;-)

Well, this year Vagine Regime was a great bout to play, the people on the roster makes me so excited it makes me almost wet myself, but I don't because it would totlly show on the grey pants...

Fasholes vs. Tomboys is always the most hillerious, and this year I think I got "best outfit", another bout that was hillerious and I hope I get invited to skate in next year again was Prancersice vs. Twerk... I am a natural born Prancersicer... not sure if that is something to be proud of... but I AM!! Also playing with team Cruz is always delightful, I get to let my inner Viking out and just growl at everyone... yeah, that's what I consider a sucessful bout.

I guess what's fun with most of the challange bouts at rollercon is that they don't matter, some do, like the VR-bout, but many you just step on the track and do your best and mistakes can just be laughed away... I jam... and I jam... but mostly block and I try new things!

Hanging out in the pool, or by the pool during night was also great, this year I spent a lot of time with Rose City skaters, I guess I've visited Portland quite a bit the past year, and also this year they had quite a representation.

We went to the Vegas Haufbrau Haus, it's the third year we did that, and it was amazing and awefully fun and this year I had two steins of wheat beer and got way to intoxicated. It's an off-campus activity that I really appreciate being a part of. I love RollerCon, but after a few days at the Riviera it's nice to just leave and do something different with your friends.

If you wanna get  better view of what happened at RollerCon 2014, get the next issue of Five on Five, since I wrote a RollerCon 2014 re-cap for them.

Sorry this post is late, but I've been very focused on other things... like making GOTHAM ALLSTARS... :-D
running start by Swede Hurt at 11:11 PM No comments:

I know this is real late, but I've thrown my life in a crazy direction and made a bunch of rational and probably irrational changes... And it has lead to no blog in a while, since I frankly have not really had my computer around not time to write. This is about to change....

Last year I stod on the bench, coaching my team to a gold. I felt like i was a part of that gold, even if a torn hamstring the previous month stopped me from any sort of rollerderby action. It was awesome to bench, but I still love playing rollerderby too much, I still love skating fast and hitting hard, I want ready to retire.

So this year I got to skate in the finals against Crime City. It was superduper fun but hard to play. This was my last bout with Stockholm for quite a while...  Both Stockholm and CCR played well, but in the end Stockholm took the win. This was a real hard bout to play, and both teams deserved to win. 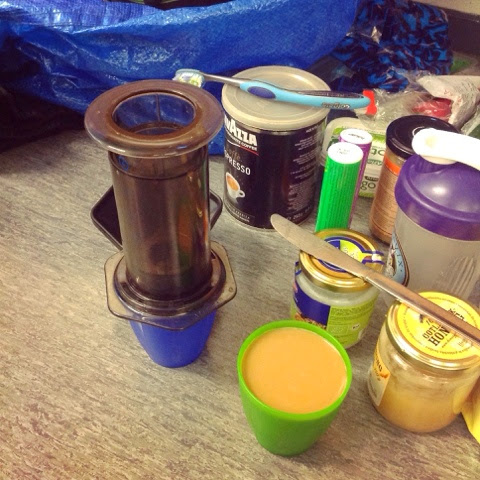 running start by Swede Hurt at 3:58 AM No comments: